On All.This.Gold, Madison emcee from Chicago Rich Robbins exhibits the ambition typical of a sophomore project with none of the pitfalls.

A graduate of the University of Wisconsin’s First Wave program and Chicago’s spoken word scene, Rich Robbins has a poet’s faculty for metaphor and a millennial’s fondness for pop culture references. Both combine to form lyrics that are conscious and complex, but don’t take themselves too seriously.

On his debut, Nimbus, Robbins placed himself in the clouds and wistfully considered the transience of the human experience, among other things. All.This.Gold, however, sets Rich Robbins’ feet firmly on the ground and in motion. 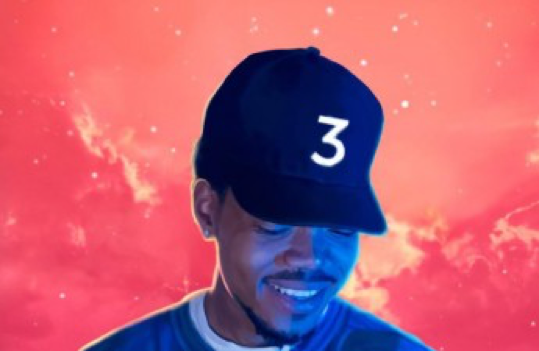 As its title suggests, the album is centered on gold, but not the precious metal. He describes the project as being “about finding the gold within brown skin and reclaiming its value,” but also “overcoming the voices that try to sell your gold.”

The LP is also musically well-crafted. Despite the heavy themes, its aesthetic qualities never feel weighed down or not given enough attention, as can happen with art that’s outwardly conscious or political.

Robbins’ bars are as precise and incisive as always. As is familiar for him, he also collaborates with many friends — both producers, emcees and vocalists — giving the LP a diverse feel, while still maintaining cohesiveness with unifying themes and Robbins’ probably long-established chemistry with his peers.

After a trippy intro, where he introduces “gold” as the thematic object of the album, Robbins kicks off with “Down to Start a Riot.” Robbins, a little annoyed — even angered — raps intently about the reasons that people of color start riots as opposed to those that are provided by “them” and “they.”

The beat is trappier than much of what Robbins has done in the past, with a drenched snare beat that can be found recurring in slightly different forms throughout the LP. Of course, it being a Rich Robbins track, about two-thirds of the way through, it beat-switches into an airy electronic pattern with outer space vocals from Janel Lee.

The contrast found on “Down to Start a Riot,” in between the two beats and between Rich Robbins and Janel Lee, sets the tone for the rest of the album. Robbins pairing himself with other emcees or vocalists presents pleasing contrast, such as when him and Broadway spit in unison over the hook of “Touch, Pain, Pleasure,” or when he and CRASHprez trade bars on “Exquisite.” 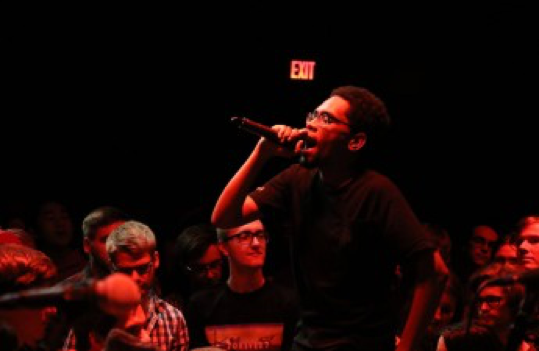 Memorial Union gets ‘lit up’ with CRASHprez’s debut album performanceChimes of classical music from Memorial Union’s upstairs grand piano rung through the union Friday night. But the galleries also hummed …

These moments make for exciting moments on the record, as do transitions between songs. A classic West Coast beat goes to a trippy interlude and to a gospel-inspired beat in the span of a few minutes.

This only possible due to a perhaps underrated strength of Madison’s hip-hop scene — that college towns bring in people of all influences from all over the world. No one realizes this more than Rich Robbins.

What keeps this album from getting out of hand from all its different elements is its thematic unity. Robbins looks at the idea of “gold” from all angles. Both as symbolizing corpro/capitalistic greed and its devastating effects, or as a quality, almost magical, that he needs to discover in himself, his peers and groups of people that have been falsely told that they’re worthless.

The lines are blurred between the personal and political aspects of the album, but it’s better that way. Robbins isn’t trying to speak for anyone other than himself, but he also  understands fully that he’s part of something greater as well.

There are really only two criticisms to be made about this project, one minuscule and one constructive. The tiny one is that Robbins should be a little more inventive in his songs’ hooks as he is in the verses.

The constructive is that on future projects, it would be nice to see Robbins go further with experimentalism.  He’s bringing up bold, important ideas in his lyrics that could be emphasized one step further if his means of delivering them were bolder as well. This could mean using more abstract flows personally, or employing live instrumentalists in the production.

Either way, All.This.Gold is a deeply encouraging project for the fans of one of Madison’s best, rewards multiple listens and definitely begs the question, “What could Rich Robbins possibly have planned next?”