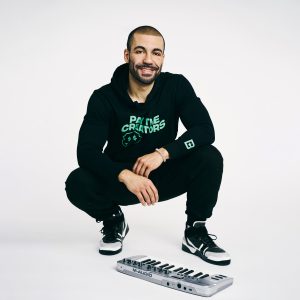 Multi-platinum producer Pacal “DJ Pain 1” Bayley has stayed busy since his breakout production on Young Jeezy’s “The Recession” album. His journey started in the late 90’s while cultivating hip-hop sensibilities through visual art, DJing, and beat-making. He balanced a career in youth service/teaching with creating music, oftentimes marrying the two – he co-founded the first hip-hop performing arts program housed in an institute of higher education in Madison. Once he decided to focus on his production career, his resume quickly grew to include both legendary hip-hop acts (such as Public Enemy, Nas) as well as contemporary hit-makers (including Lil Baby, Pooh Shiesty). He has also garnered attention for his online video series on production and music business know-how.