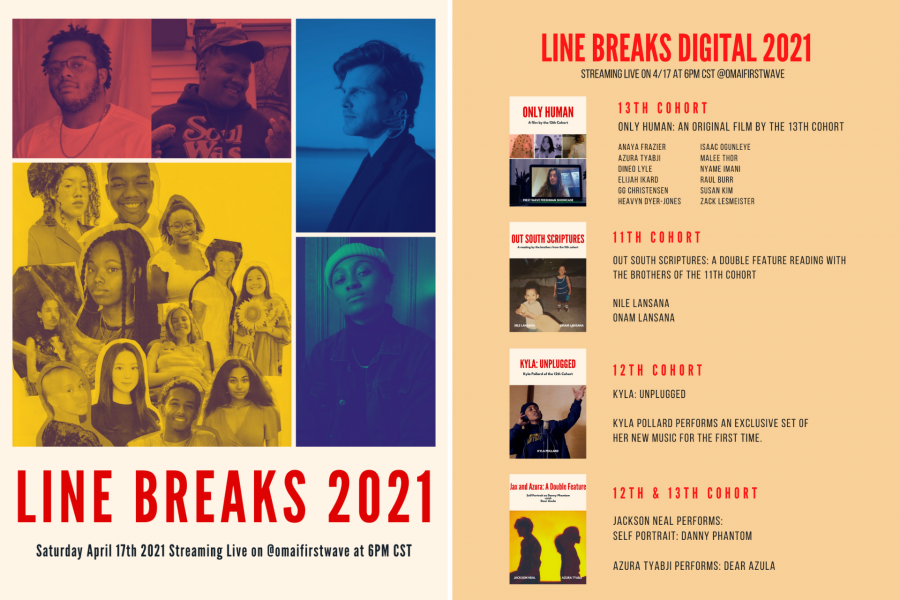 Our 2021 Line Breaks festival will be live streamed on April 17th at 6PM CST on all @omaifirstwave social media platforms. Featuring the work of our 11th, 12th, and 13th cohorts, you won't want to miss this!

The 13th Cohort presents: Only Human. 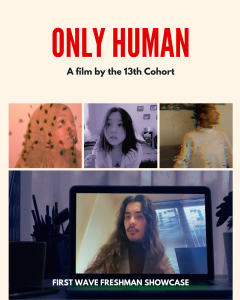 Only Human is an original film by the 13th Cohort that depicts a dystopian alternative universe that reflects their own experiences with digital media, online interaction, and inhuman connections. This film was conceptualized, produced, and curated while the cohort is spread out throughout places like New York, South Korea, Chicago, Oakland, and beyond. 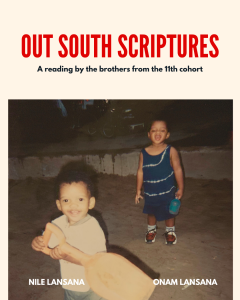 A reading by the brothers of the 11th Cohort: Nile and Onam Lansana. These Chicago natives have been writing poetry and was raised in the world of slam and performance poetry and finish their journey with First Wave this year. Watch as Nile and Onam remind the world why their lineage does this. 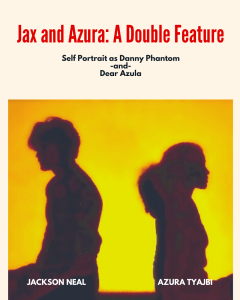 Who do we become in the portals of our desire, in the reflections of our cruelty? Self Portrait: Danny Phantom and Dear Azula are visual interpretations of Jackson Neal and Azura Tyabji’s ekphrasis-themed chapbook Dear Azula, I Have a Crush on Danny Phantom forthcoming from Button Poetry. Through poems in the voice of characters from our adolescence, Neal and Tyabji explore how cartoons and digital media shape our identiti

es as a generation raised by digital cultures.

Jackson Neal and Azura Tyabji are co-authors of the chapbook, Dear Azula, I Have a Crush on Danny Phantom forthcoming from Button Poetry/ Exploding Pinecone Press in June 2021. 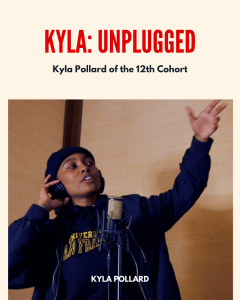 Kyla Pollard is an emcee from the 12th Cohort hailing from the city of Chicago. This Unplugged session is an intimate and exclusive set of her new music and how it connects with her family, her city, and how she sees the light despite the world around her.

The Office of Multicultural Arts Initiatives’ 2021 Line Breaks Festival will showcase interdisciplinary works and performances from current and former First Wave scholars and community and campus partners. It will feature a variety of artistic mediums, including spoken word, dance, music, theater, film, painting, photography, and more.

As a scholarship program centered on our students and the greater campus community, we must consider the health and safety of our community first. With that said, we have decided to bring our annual Line Breaks Festival online in light of the current circumstances regarding COVID-19.

Although our in person Festival will be canceled, we will be back in the Summer and Fall with events and performances to re-engage the community through art, academics, and activism.

If you have any questions or concerns regarding the COVID-19 protocol and our First Wave students, you can contact us at fwscholarship@cdo.wisc.edu

An OMAI and First Wave Tradition

OMAI’s Line Breaks Festival is comprised of performances, lectures, and discussions by First Wave students and invited professional artists engaging with the local campus community. Inaugurated through OMAI’s sponsored Marc Bamuthi Joseph Arts Institute Residency in the spring of 2007, the Line Breaks project culminated in a final performance of student work called “Just Bust!” – an event, which has evolved into our monthly open mic, now running for 12 years. Line Breaks has since evolved into a week long festival that cultivates performance art and brings the top new aesthetics in contemporary performance art to the UW-Madison campus and surrounding community. 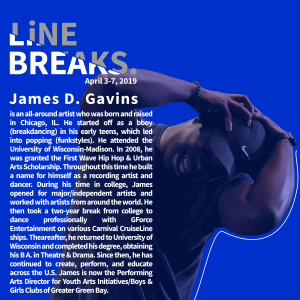 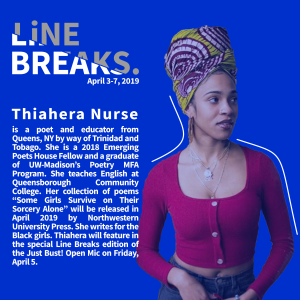 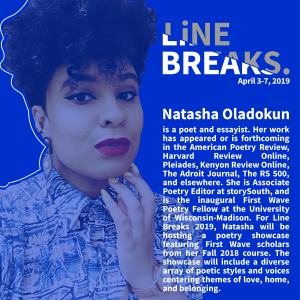 This is an accordion element with a series of buttons that open and close related content panels.

Return Home to Us, Solomon Roller 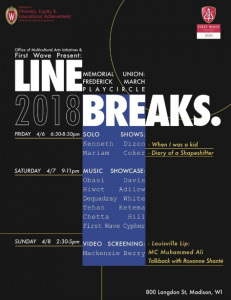 When I was a kid, Kenneth Dizon

Diary of  a Shapeshifter, Mariam Coker 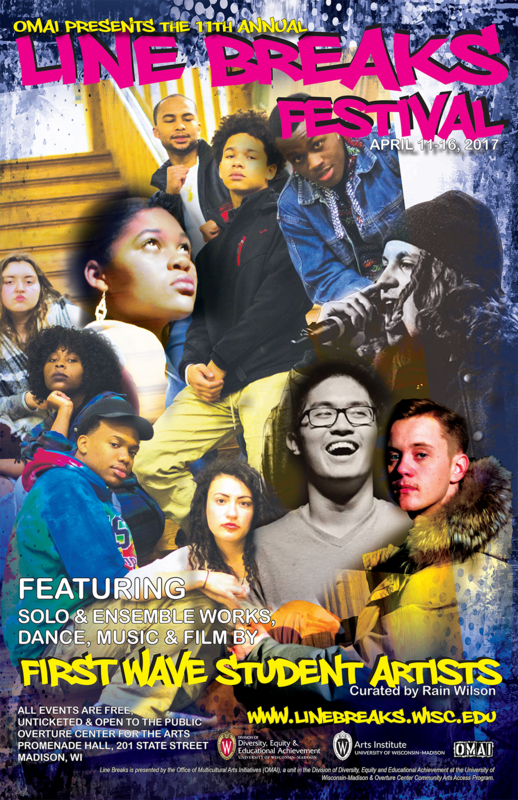 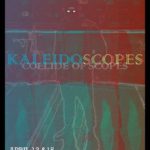 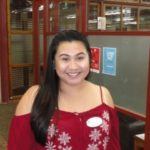 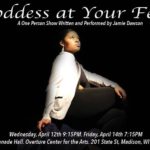 Goddess At Your Feet 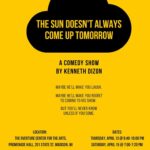 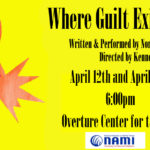 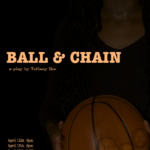 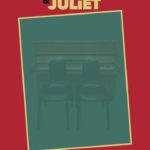 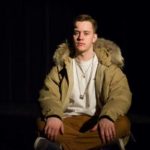 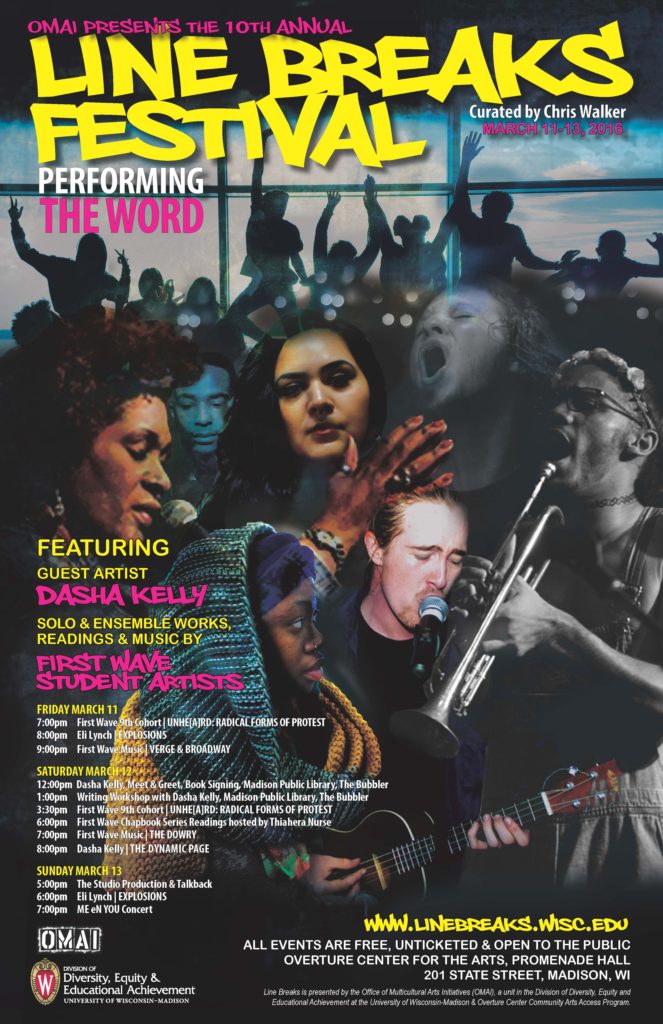 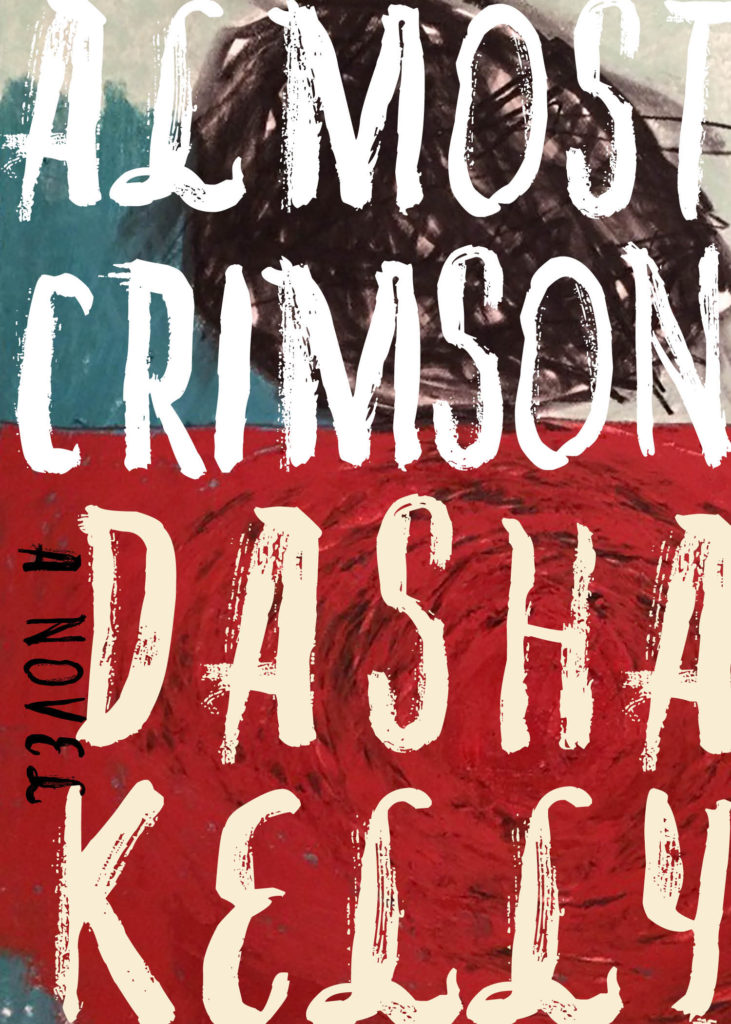 Jeff Chang (2007): Author of Can’t Stop Won’t Stop and Who We Be: The Colonization of America, co-founder of Culturestr/ke magazine and Coloredlines daily news site, and Executive Director of the Institute for Diversity in the Arts at Stanford University.

Dennis Kim (2007, 2008): Hip-Hop and Spoken Word artist from Chicago, and a co-founder of I Was Born With Two Tongues, an Asian American spoken word quartet, and Typical Cats, a Chicago-based hip hop collective. He is a teaching artist at Youth Speaks, Inc.

Hapasan (2012): multiracial Japanese American capoeirista and house dancer based in the Bay Area.

Danez Smith (2011): Performing For Those Who Pray in Closets.

Gayle Smaller (2011): Performing In Other News

Cydney Edwards (2011): Performing Get a Room

The Bellhops (2014): Performing Honey in my Tea